We are the Baumann’s – Joanna and Andrew Baumann. We met in 2010 while Andrew was a DJ.  Joanna went up to request a song and the rest is history! 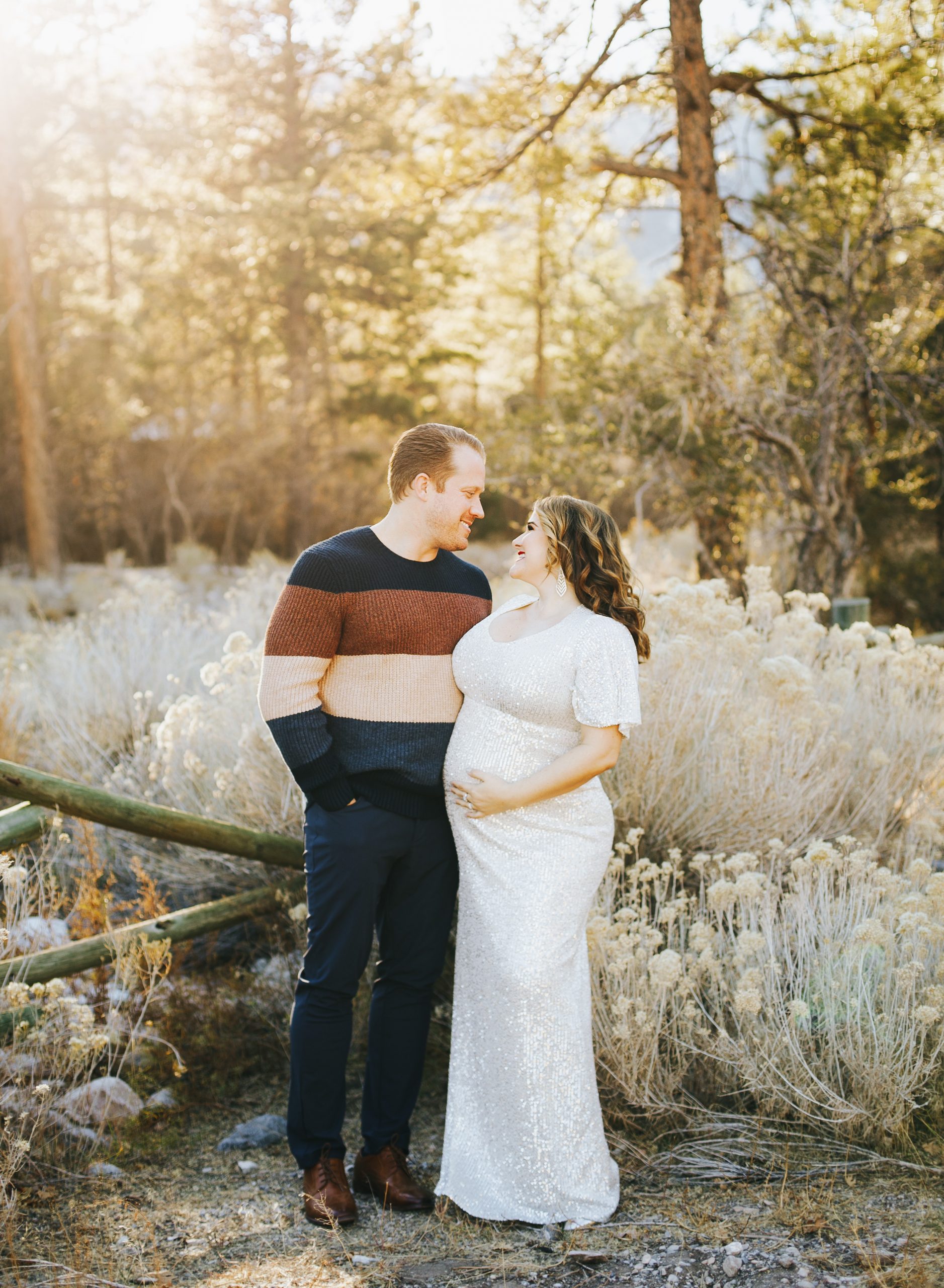 We got engaged in 2012, married in 2014. Andrew works in the Audio & Visual Department in Convention Services at Wynn Resorts. He is also back in school to get his degree in Cyber Security from UNLV so he can get into that field in the future. Joanna has worked at iHeartMedia (iHeartRadio) for almost ten years! Joanna handles both the Marketing Department as the Vice President of Marketing and Partnerships as well as for the past six years, has been the co-host on the Sunny 106.5 Morning Show. AJ and Joanna in the Morning can be heard weekdays from 5AM-10AM on 106.5 here in Las Vegas or all over the country on iHeartRadio.

We are huge animal lovers … up until December 2021, we had five dogs! Our first dog, Dougie, named after the song “Teach Me How to Dougie” the song Joanna requested when Andrew was a DJ, passed away in December 2021. Now we are fur parents to four other amazing dogs, with one black Pomeranian as an Angel to us. And we can’t wait to welcome our soon-to-be son, Brock Baumann in February 2022.

The Journey to Parenthood

When Joanna and Andrew met, they didn’t want kids … they just saw their lives as fur parents, adding dogs to their pack for years to come and traveling. But as the years passed by, something was missing, and in 2017, they both started to realize they wanted to become parents to a child one day too. They didn’t start trying right away. Instead, they began to put a plan in place … start saving more, get healthier, and Joanna wanted to clear out her system a bit and get off birth control because she was always on some type of birth control for 15 years. They read that you should get off birth control and get your body regulated again naturally on its own cycle before trying. So that’s what Joanna did. They started officially trying in September 2019. It was over a year since Joanna got off birth control, and they were both at their healthiest physically. It just seemed like it would be “easy.” Well, “easy” definitely was not the case. After six months of trying on their own and timed sex through knowing Joanna’s cycle, nothing. Month after month, negative pregnancy test.

They waited six negative months to finally see a fertility doctor who could maybe provide insight into what was wrong. Doctors saw nothing. Everything looked great. They called it “unexplained infertility.” A fertility clinic suggested IUI (intrauterine insemination) so they decided to try it. It seemed like with “nothing wrong,” and for a significantly lesser expense than IVF, this could be an option that may help! Two rounds of IUI and nothing. Both times resulted in no pregnancy. 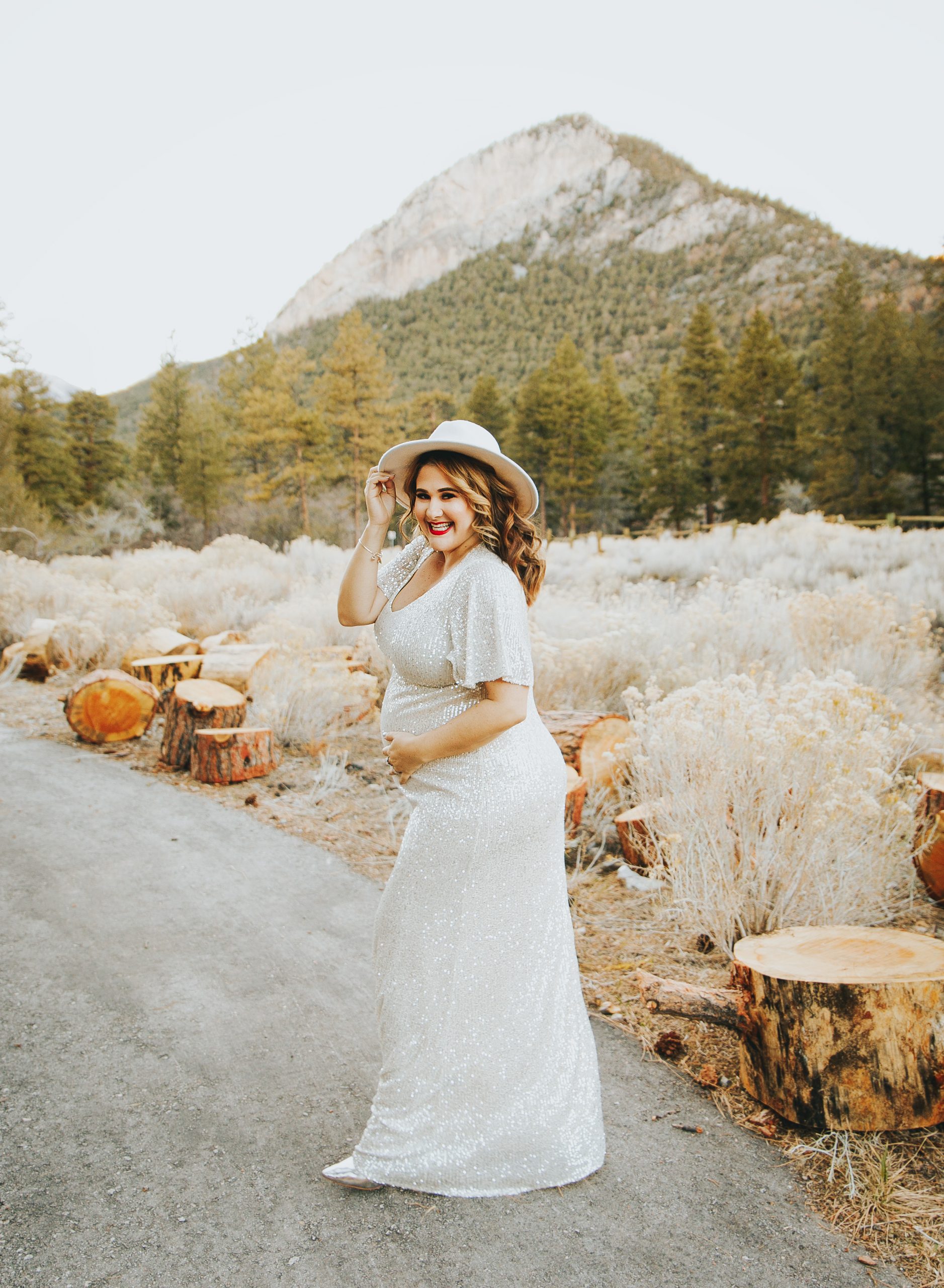 Still not pregnant even though we were still being told “nothing was wrong” with either of us. Spending a few thousand dollars on both rounds of IUI, their fertility doctor at the time said IVF would be the next best option. During that time, Joanna also experienced a miscarriage and an ectopic pregnancy … it was loss after loss … total heartbreak after total heartbreak. Joanna wasn’t convinced “nothing” was wrong. There had to be something that was off.

On her own, she started researching acupuncture for infertility and found a wonderful woman named Dr. Lisa Grant, whom she began seeing in January of 2021. Lisa looked at the whole person.

Joanna had a thyroid issue, and her blood levels were off. Until those issues were fixed, Lisa was convinced Joanna would continue to have a hard time becoming pregnant. So for the next five months, she worked on just that with a gluten-free lifestyle, which is critical to get your thyroid working properly. She managed her blood levels with the help of herbs and supplements. Watched her sugar intake and did acupuncture each week to get everything balanced and flowing correctly. After the last ectopic pregnancy, there was a lot of fear of trying again.

But the first time trying after the ectopic pregnancy they finally got a positive pregnancy test! After about 22 months of negative after negative, and some loss in there too … FINALLY THE POSITIVE THEY PRAYED FOR!

How Did You Find You Were Expecting?

“It was June 24th, 2021, and we were headed to the Grand Opening of Resorts World. I got my hair and make-up done and was waiting to put on my gown when I realized I hadn’t gone to the bathroom much the past few days. Something was off. I realized I was a few days past when my period should have come. I decided to take a pregnancy test because I was planning to drink a lot of champagne that night and just wanted to be sure. Until that point, my husband and I just started having fun sex again since the last time we tried prior resulted in the ectopic pregnancy. Well, I took the test and it was positive. But I was sure it was another ectopic pregnancy because I read that you could be prone to them once you have one. I started crying my eyes out, thinking the nightmare was happening again because, with ectopic pregnancies, you show a positive result on pee tests. I ruined my make-up but pulled it together and went anyway to the opening that night. I waited until after we got home from Resorts World to show Andrew the positive pee test. We both decided we weren’t going to get our hopes up and would wait until we could get an appointment to see if the baby was in the right place this time. A week later, we got an appointment, and it turned out our baby WAS in the right place this time! What a blessing!” 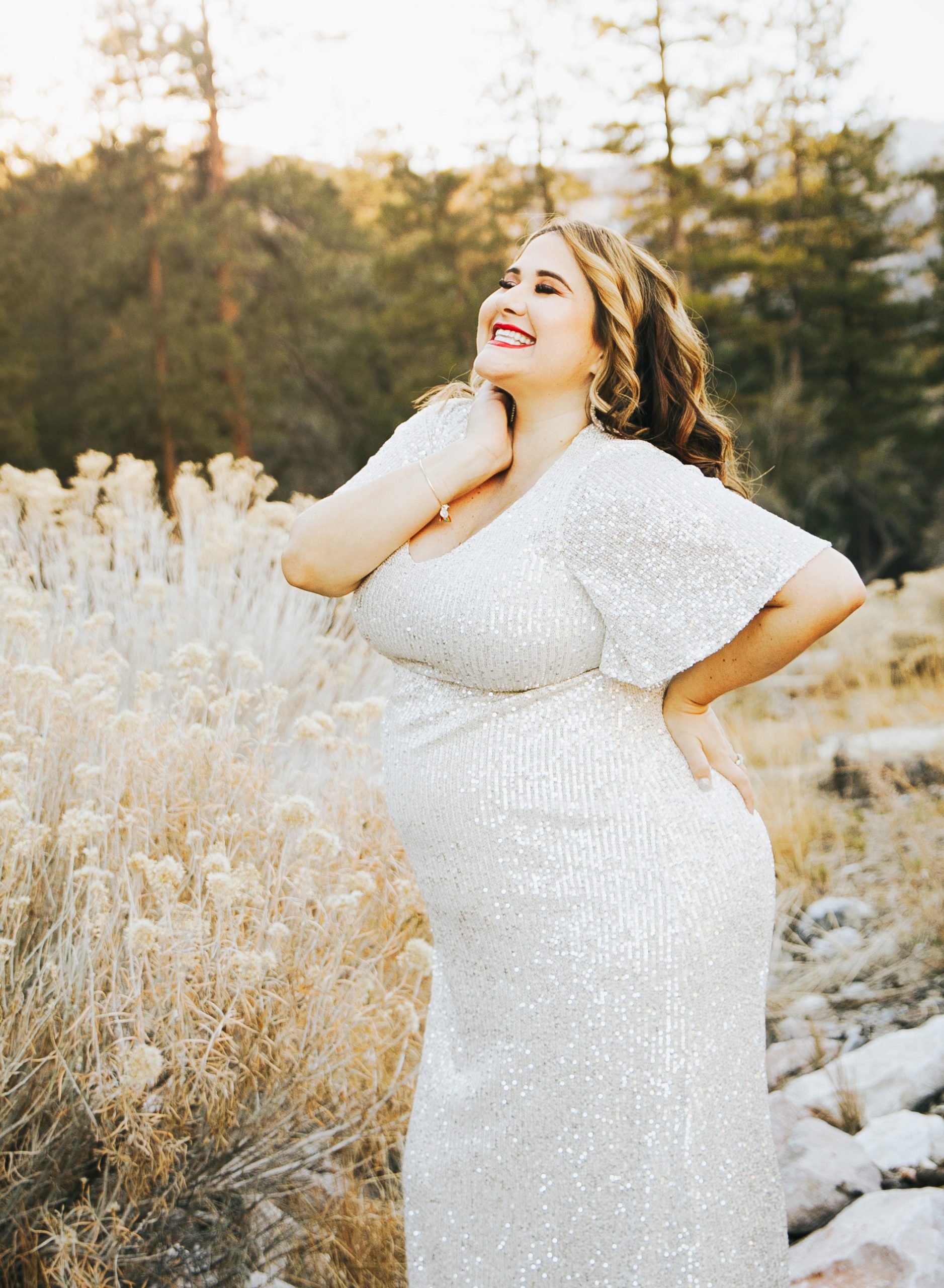 “My favorite part about being pregnant is everything. I love it all. The good, the bad, the ugly, and the weird! I think when you struggle for a bit of time, you become OK with it all. I find myself just being in awe of the whole process. I love embracing my new body. I tell my friends this is the most confident I have ever felt in my life! I love getting bigger in my tummy and have never said that in my lifetime. The bump ROCKS. I am simply grateful to be able to experience a miracle happening.

If I had to pick the least favorite thing, it’s anxiety. Even with struggles, you become a much more appreciative person, but you also become a bit paranoid and think, “OK, something has to go wrong for me.” The constant worry that something will go wrong based on past struggles is a bit tough to deal with. But every day, I try to work on that!”

Joanna moved to Las Vegas in July 2009 from Chicago, IL, and Andrew grew up in Las Vegas, moving here he was two years old. They love the sunshine, the feel of community that is so strong, especially during the tough times, and the access to entertainment. The couple used to consider local life in Las Vegas a well-kept secret but nowadays … the secret is definitely out of the bag! 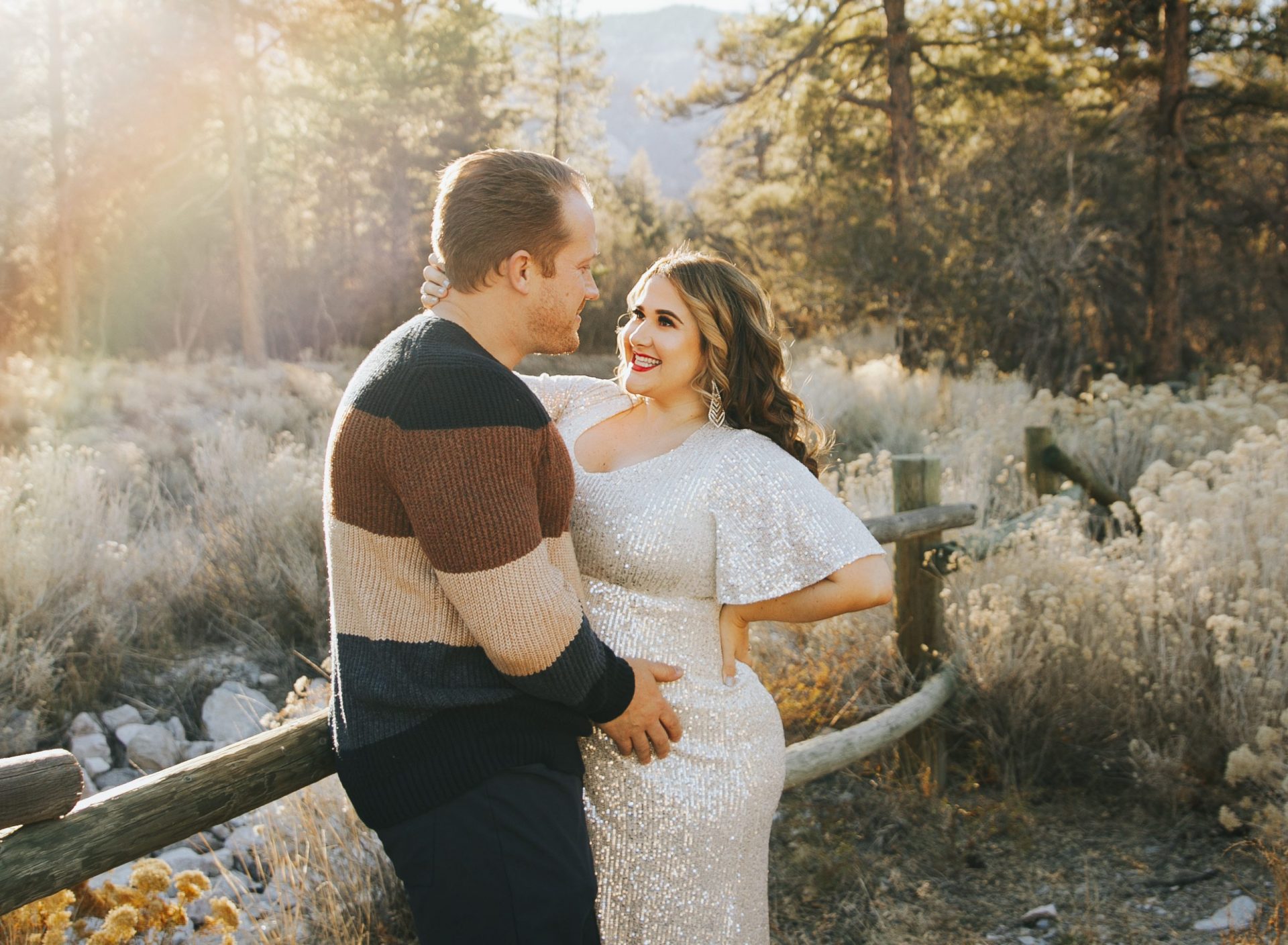 What’s One Piece of Advice That You Would Share with Other First-Time Parents?

“Time, at least for me, flew by! Try to enjoy every minute. Document it all, get a pregnancy journal and write it all down. Say no to things and embrace staying home and just enjoying the growth and changes your body is making. For me, I think I will miss being pregnant. When you get to week 20-22, and the baby starts to move, and you feel the flutters, that’s when time speeds up the most. I think I love being pregnant so much because this is the closest you will be to your baby and the most protected you will be able to keep the baby for the rest of your/their life. So my advice is to enjoy the journey. Your baby will appreciate how connected you are to them before they even arrive.” 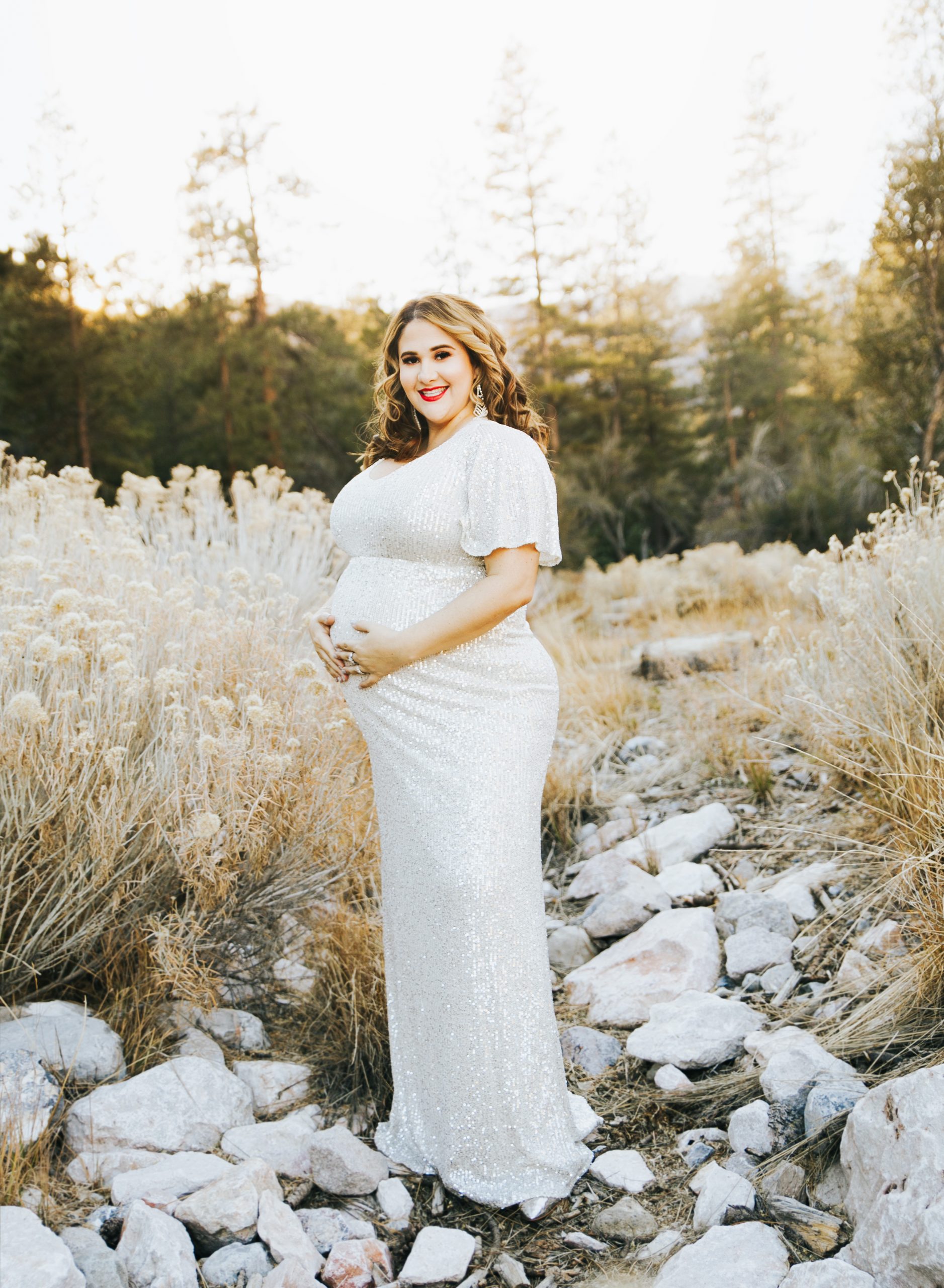 “If you are struggling with infertility issues, don’t give up. Do your own research for what is best for you. I firmly believe finding my acupuncture doctor that specializes in infertility changed my course on this journey. But I did that research on my own because deep down I knew there was something, someone out there that could truly help me. Try to loosen up the deadlines in your mind. The ones you create for yourself and put pressure on yourself for no reason. Be nice to yourself. For the longest time,

I got so mad at myself. “It’s my fault I’m not getting pregnant, I waited too long … I was too selfish …” Knock all that off and remember, everyone’s journey is different. Stop comparing yourself to anyone else’s journey. What’s the right time for someone else, may not be the right time for you and THAT’S OK! You will get your baby one day, exactly when it’s your time! Believe it.”

A Guide to Farmers' Markets in Henderson & Las Vegas

0
LasVegasBabyMag February 16, 2022
No Comments Yet